Wow, it's been so long since I've blogged! There are a couple of reasons why. Emily (who is the source of most of my material) has been down in Georgia visiting my parents. I spoke with my mom a few times while she was down there, and it sounded like she was having a good time. And I've seen some of the pictures my dad took. Yeah, she had fun at Grammy and Poppy's house. Who wouldn't have fun eating cookies for breakfast, jumping on all the beds, being able to go to bed whenever you want, and absolutely no nap time? Ha! Just kidding. My mom assured me that none of this was happening, but I guess we'll never know, will we mom? Last Tuesday Mike flew down to get her, and then flew back. He is very brave. Emily has never been on a plane. I wasn't sure she would be able to sit for 2 hours, but Mike said that she actually did great. She liked to look out of the window and flap her arms while saying "I'm flying, I'm flying!" So she's home now. Safe and sound. Another reason why my blog has been quiet is that we have been trying to get back into our "routine" around here. (Are you sure she had nap time while in Georgia mom?) I also think that Emily might have gotten used to being the only child for two weeks. Apparently it annoys her when Little Man cries, and when Chloe tries to play with her trains. But we're working on that. And lastly, we're sick again. I know, big surprise right? Mike has a head cold (which he's at the end of hopefully) which he ever so graciously gave to me. And Zachary came down with a fever and a runny nose on Friday, but today he's doing better. Still a runny nose, but the fever is coming down. Whew! Fevers make me nervous! So, that's about all we've been up to. I will now leave you with some pictures from the past few weeks. 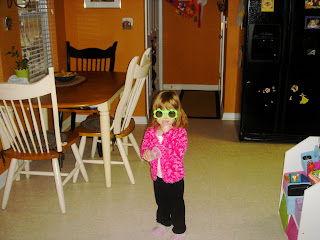 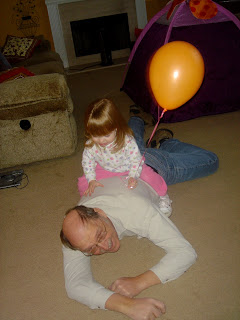 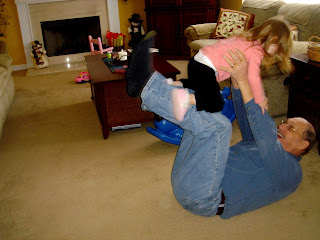 My dad just adores the grandchildren 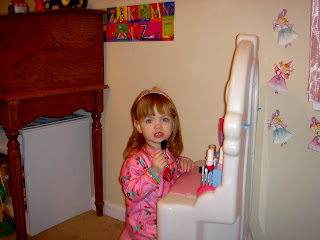 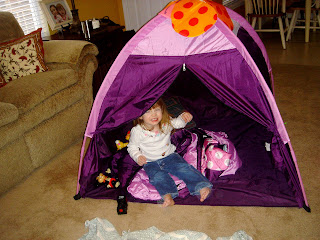 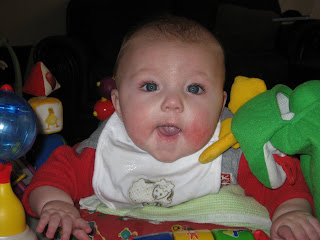 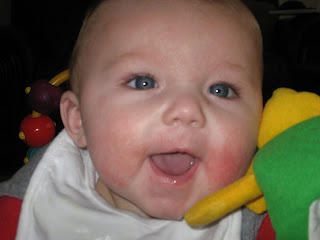 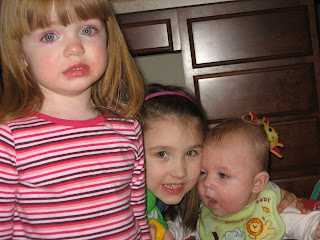 Am I a mean mommy? I don't know, but this picture sure does make me laugh!
Posted by Sue at 2:41 PM

too cute! looks like everyone is having fun!hope the little guy feels better